This summer term, I will be back at my University, teaching one course on “Statelessness” at the BA-level for our anthropology and sociology students.  I am particularly looking forward to the two  guest lectures: One by Felix Girke (University of Konstanz) who will be exploring how anthropology has traditionally worked with “stateless” people during colonial times and what has happened in areas and to people in South Omo in Southern Ethiopia where the modern state had been absent for a long time, but has now become a cruel force.

The second guest lecture will be given by Kerem 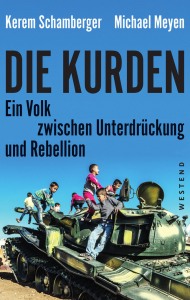 Schamberger from the University of Munich and a political activist, who will present his new book “Die Kurden. Ein Volk zwischen Unterdrückung und Rebellion” (together with Michael Meyen) during the seminar.

Here is the course syllabus (in English, the seminar will be held in German) 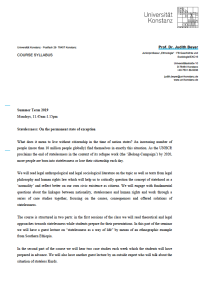